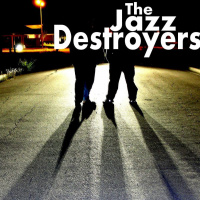 What would have happened if you had put Wes Montgomery, Joe Pass, or other great jazz artists in a time machine and dropped them off in the present day?

Jazz standards became standards because they were popular music that many, many people did renditions of. Starting in about 1970, this stopped and jazz stopped playing popular songs and instead became a compositional genre heavily steeped in tradition.