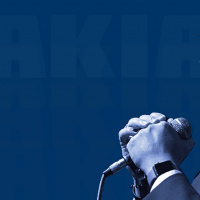 Get your blues fix at The Highball with Austin's one and only Nakia!

About Nakia:
Before he was on "The Voice," Nakia was a Blues Grifter. Named for the age-old concept of stealing from the greats, the Blues Grifters formed in 2010. The band quickly became a hit on the club circuit in Austin performing at the legendary "Home of the Blues," Antone’s Nightclub, and the South Austin hot spot, C-Boy’s Heart & Soul and began recording its first album. A video of Nakia's full-throated, soulful performances found its way to television producer Mark Burnett who insisted on recruiting Nakia for a new show. Reluctant but hopeful, Nakia put the band, and the album on pause to go to Hollywood.
On the first season of "The Voice," Nakia immediately became a fan favorite before finishing as a semifinalist. More than 14 million viewers tuned in each week to witness Nakia wowing the show's four celebrity coaches with his electric stage presence and using his gritty voice to make Top 40 songs his own.

Using the momentum from the whirlwind of reality TV, Nakia focused on writing songs for a new EP and subsequent tour, still leaving the band on hold. Nakia knew it was time to call up the Blues Grifters again when he was invited to appear on the ALL ATX compilation album in 2016. Together, they transformed The Allman Brothers Band's “Whipping Post” from a prog-rocking guitar dirge into a lowdown gritty sax-infused soul jam that culminates in a double time frenzy.  Renewed from that studio experience, Nakia was ready to finish the album he started almost a decade ago with his long-time collaborator and fellow Grifter, Mac McNabb.
“I started the band as a way for me to cut loose and get lost in the blues, so I wanted this album to be a homage to the great blues artists who inspired me," Nakia recalls, "but ‘The Voice’ happened and I couldn't reach the finish line on the record. Once Mac and I got back together and listened to the tapes, we committed to finish the album. We cut these songs using old ribbon mics, analog gear and tape machines. Many of the songs recorded live, all in the room together. Real live blues -- the way it was meant to be."

After all that time, “Blues Grifter,” was finished and released in August 2017, featuring songs by blues and soul greats Otis Rush, William Bell, Johnnie Taylor, Howlin' Wolf, Luther "Snakeboy" Johnson and more. Nakia will donate a portion of all “Blues Grifter” album proceeds to The Clifford Antone Foundation, a 501(c)(3) non-profit in Austin, Texas dedicated to preserving blues music culture and community by caring for our elders and investing in our youth. Nakia is a two-time Black Fret artist grant award recipient.