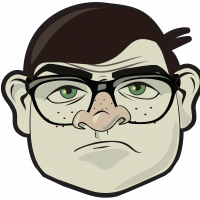 There are no less than 350 pub quizzes held in the Austin area on a given week, but THIS is the best of the best. Hosted by noted Z-list celebrities John Smith and James Pound since 2010, the Geeks quiz at The Highball is 2-ish hours of bloodsport quiz action, absurd side games and drink drink drink. PLUS! It's the only Geeks Who Drink event in the country with a $100 CASH PRIZE EVERY WEEK!

Okay, we’re biased. But see what these fans have to say on Yelp:
"They really have it all: attentive servers so we don't have to risk missing questions, funny and awesome trivia hosts, and extra events during trivia that afford us opportunities to win cool stuff." -- Valerie G.
"The hosts were hilarious, and even as a non-geek (I'm clueless when it comes to Lord of the Rings, obscure geography facts, etc), I always had a pretty good time. " -- Jenna W.
"Trivia night is awesome. The Geeks who Drink put on a great show. My girlfriends and I had a rocking time." -- Lacey W.