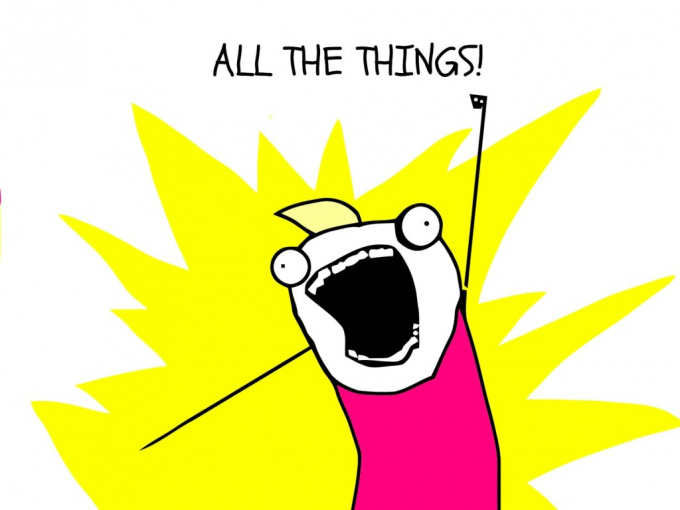 As we move into the holiday season (yeah, we know it's barely past Halloween) we wanted to let you know about some of the awesome stuff that we're bringing you through the end of the year and beyond!

With the most anticipated election of all time coming up in just a couple days, we're excited to say our ELECTION DAY PARTY will be the SILLIEST of all time! Presented in "Hecklevision" (you text it - everyone sees it): we'll have election bingo with prizes, special themed cocktail menus, and a few raunchy things we can't mention publicly.

We'll see the return of two popular Highball parties later in November with MINGLED OUT: Live Dating Game Show happening November, 12th. It's a live game show where everyone and anyone can play! Just hop on stage at any time to find the man/woman/gender neutral pronoun of your dreams! Then on November 26th join us for CASINO NIGHT! We haven't done this one since the old Highball the place of which we do not speak. We'll have nine Vegas sized game tables of hold 'em, roulette, blackjack, and MORE! Not to mention a real pit boss, live lounge entertainment, and cigarette girls walking around to sell you some "smokes".

You may notice a lighter amount of public entertainment in December - because The Highball is available for private event rental! If you want to host your own private event at The Highball click this LINK for all inquires! That doesn't mean we're taking the month off though! December 17th is the ZOODUST CHRISTMAS SPECTACULAR - a night of 90s music, 90's styled Christmas songs, and a visit from our in house drunk Santa giving out toys! December 23rd (Christmas Eve, Eve) brings you A VERY COPA CHRISTMAS! A swinging big band playing all the old standards you love, as well as brand new takes on Christmas songs. You'll want your dancing shoes for this one, especially to get away from drunk Santa. He'll still be there. Unfortunately. December all culminates with our biggest party of the year: NEW YEAR'S EVE! This year we're pulling out stops we didn't even know we had!

And that's all THIS YEAR!

Highlights for things we're working on for next year include: a slew of new bands, a St. Patty's day so green you'll literally turn Irish (or Irish-er), a completely inappropriate Fat Tuesday celebration, and a Valentine's Day you REALLY want to be single for.

Is there something we missed? Do you want to see something at The Highball you haven't seen yet? LET US KNOW and we'll try to make it happen!